NFT Booster, a sub-company of Startup Booster that seeks to ensure security and aspire for many future developments in the NFT space is launching a unique collection of 5000 NFTs according to a recent press release.

Following concerns to curtail the rapid loss of funds and extreme volatility in the NFT market which is often induced by the impact of non-knowledgeable newbies in the market, NFT Booster has sought to introduce a new development that will foster safe trading.

The company believes that when many people with insufficient knowledge enter a market, they tend to cause a significant rise in inflation until prices fall sharply. Meanwhile, since the human desire for quick riches seems to be as old as mankind, inflations are almost natural as people would want to venture into a rising market whether they have the knowledge or not.

Furthermore, the NFT space being a place to connect the seller, the person or group behind the NFT project, the buyer or buyers of the project, and a platform upon which the exchange is taking place is exposed to dangers of manipulation from hackers. This is because the NFT space does not often provide a real validation for either of the parties, which is a fertile ground for scammers to rip people off of their hard-earned money.

In a bid to manage these issues, NFT Booster has sought to introduce a new system to facilitate trust in NFT exchange via its Smart Tag.

According to the release, the Smart Tag allows its community to work together as a DAO and vote on which projects are eligible and approved by them. This makes sure the community is the lynchpin deciding on projects, rather than companies with financial motives which may not align with the interest of the DAO members or the NFT community.

Proposed projects are required to be committed to a secured and approved smart contract which will be well-tested, and presents a roadmap that does not compromise on utility and adhere to full team doxxing in order to qualify for a Smart Tag.

In a bid to make the DAO, NFT Booster has decided to launch a collection of 5,000 NFTs dubbed “Creepy Friends”. Thus, holders of these NFTs will be qualified to form the DAO. 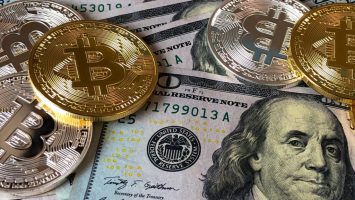